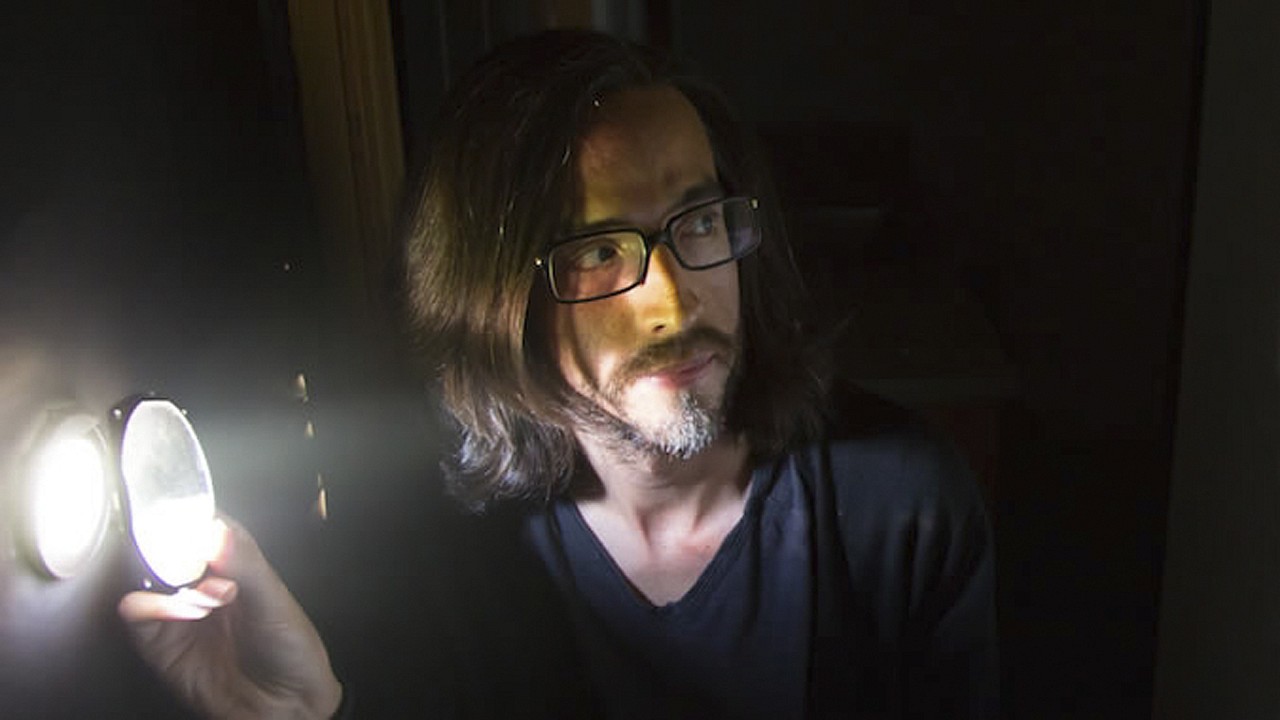 “Our current fascination with the camera obscura has to do with reimagining and recasting this “bare” technological apparatus as the earliest, if not the first, projection of the world, or simply world projection.”—Sandra Gibson + Luis Recoder

Simple, centuries-old technology reframes the recognizable San Francisco Bay in Sandra Gibson and Luis Recoder’s Obscurus Projectum. Collaborators since 2000, Gibson and Recoder’s work explores the materiality of film and projection. These interests have evolved to include the projective technique of dark chambers perforated by natural light, described by the artists as the earliest prototype for a “micro-cinema, or more precisely, live-cinema projection” phenomena. For Obscurus Projectum, Gibson and Recoder transform the Exploratorium’s Kanbar Forum into such a spectacle, drawing cinematic inspiration from a window overlooking the San Francisco Bay.